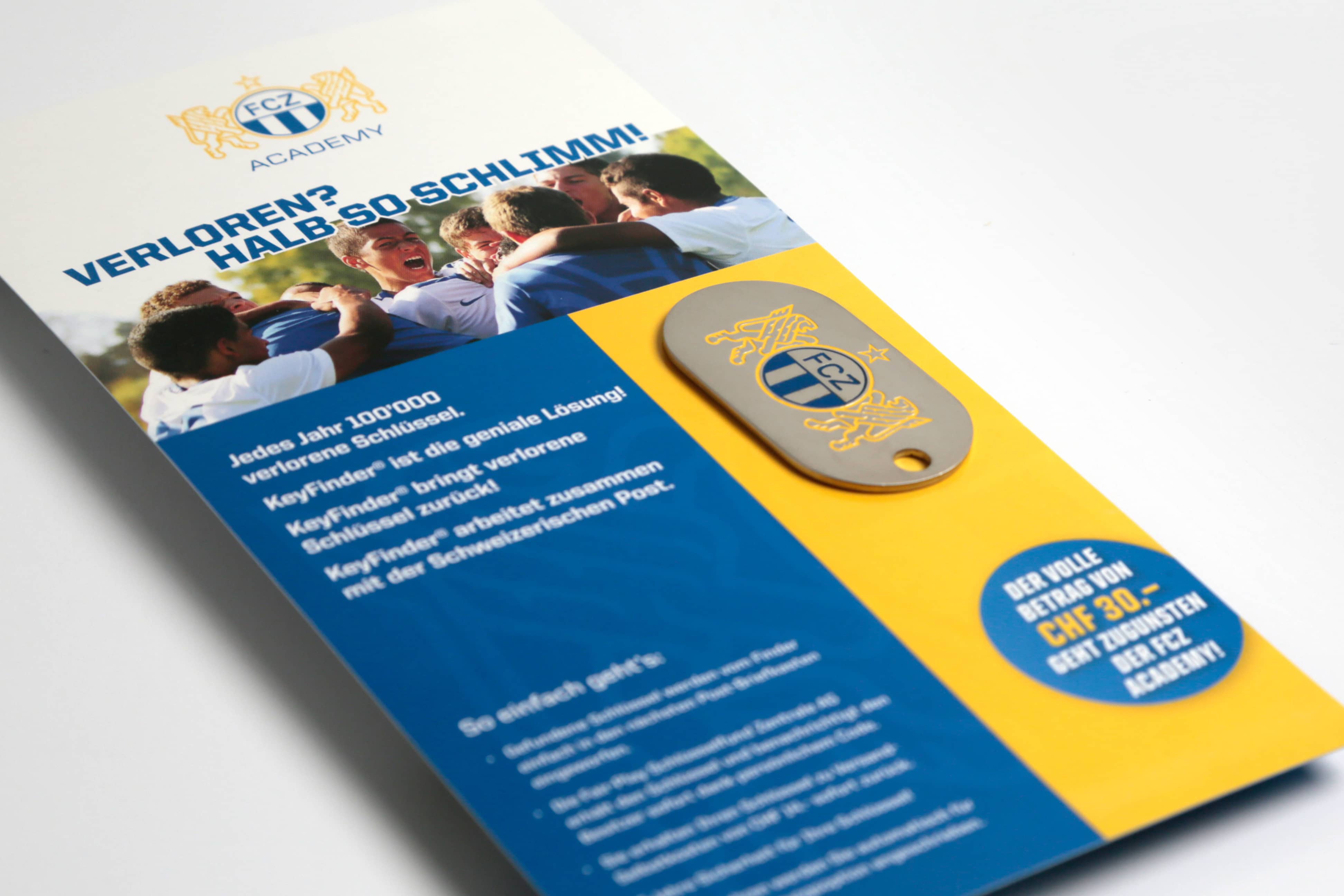 FCZ Academy is an ambitious project promoting up-and-coming FC Zurich players. It includes all kinds of activities to benefit young talent. FCZ Academy is one of the most important training centres of the Swiss Football Association and well-established within the SFV.

The academy offers up-and-coming players an education that is based on a universal philosophy. Throughout their training, the most talented young players are prepared for joining the national SFV team and later for the “Super League” and “Challenge League”.

KeyFinder donated 1000 KeyFinders to FC Zurich Academy, which they were then able to sell. All proceeds amounting to CHF 30,000.00 were invested in the academy.